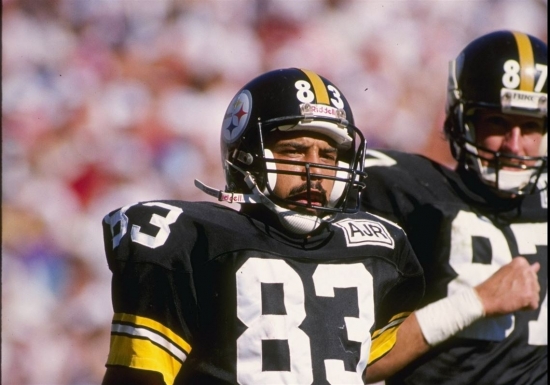 Louis Lipps was drafted in the First Round (23rdOverall) in 1984, where the Southern Mississippi star was expected to be the latest offensive weapon for the Pittsburgh Steelers.  That was precisely what he became.

As a rookie, Lipps led the NFL in Punt Return Yards (656), and he had another 860 Receiving Yards.  He was named the Offensive Rookie of the Year with a Pro Bowl and Second Team All-Pro honor, and Lipps lived up to the early hype.  His best season was his second one (1985), where he put up career-highs in Receiving Yards (1,134) and Receiving Touchdowns (12), and again he was a Second Team All-Pro, and he earned a second Pro Bowl.

Lipps never went to the Pro Bowl again, and he fell to 590 Yards in 1986 and had only 164 Yards in 1987 when injuries held him to four Games.  The Wide Receiver was healthy in the next two seasons, with back-to-back 900 Yard years, and he had at least 600 Yards in the two years after.  In those seasons, Lipps was a reliable second option, and more than capable in his role.

Lipps left the Steelers for the New Orleans Saints in 1992, but he only had one yard, and his career was shortly over.  With the Steelers, Lipps accrued 6,018 Yards and 39 Touchdowns.