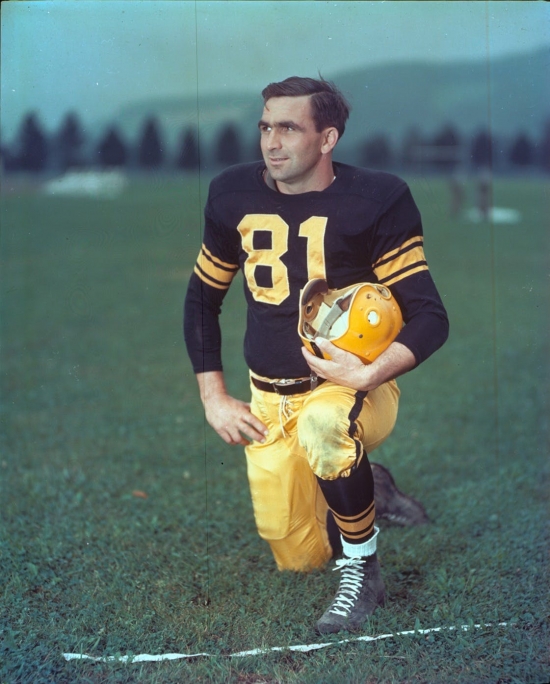 Elbie Nickel played his college football at the University of Cincinnati after serving his country in World War II. Nickel was a late-round pick (17thRound in 1947), but he parlayed that opportunity into an 11-year pro football career, all with the Pittsburgh Steelers.

Nickel’s last year was in 1957 when injuries caught up with him, and he retired with 5,131 Receiving Yards with 37 Touchdowns. He was named to their Hall of Honor in 2019.