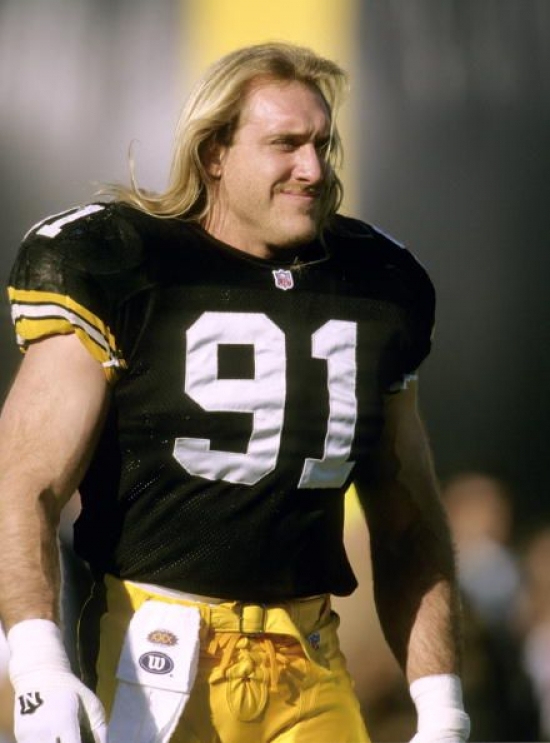 Kevin Greene played far more games with the Los Angeles Rams and one less as a Carolina Panther, but it was the three seasons in Pittsburgh (1993-95) that arguably got him into Canton.

Greene played the first eight years with the Rams, accumulating 70 Sacks, and establishing himself as a feared pass-rusher.  A Free Agent in 1993, Greene signed with the Steelers and quickly became the defensive face of the franchise.  Playing at Left Outside Linebacker, Greene had 12.5 Sacks in his first season in Pittsburgh, and he was first in the NFL the year after with 14.0. This was one of the best seasons of Greene’s career, as not only did he win his first Sack Title, he was a First Team All-Pro (for the first time), and he had an 18 in Approximate Value, which was good enough for eighth in the NFL.

Greene was elected to the Pro Football Hall of Fame in 2016, and a year later the Steelers inducted him into their Hall of Honor.