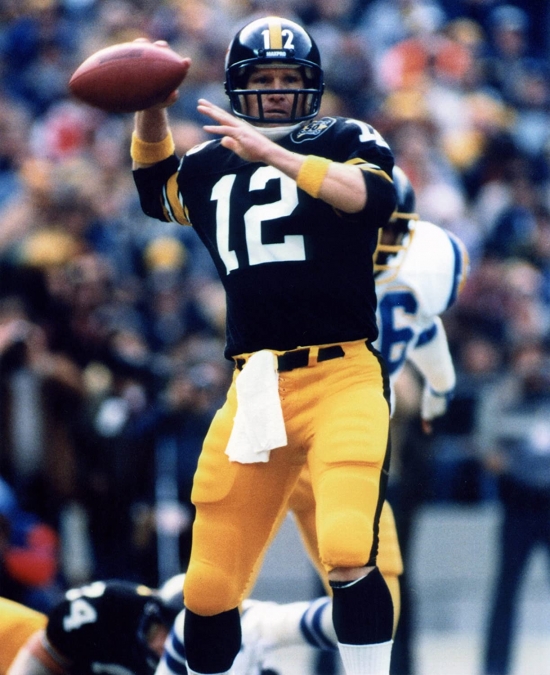 Say what you want about how the help that Terry Bradshaw had with the Steel Curtain defense and Franco Harris in the backfield, but no Quarterback wins four Super Bowls without being an excellent player.

Bradshaw was the First Overall Pick in 1970, where the Louisiana Tech QB had an abysmal rookie year with a TD-INT ratio of 6-24. “The Blonde Bomber” had up and down years in the first half of his career, but he was still effective leading Pittsburgh to their first Super Bowl (IX) for the 1974 season.  Bradshaw's play improved, and he went to his first Pro Bowl and took the Steelers to their second Super Bowl.

The QB continued to play well, again finishing first in Touchdown Passes (17) in the strike-shortened '82 season.  This was the end for Bradshaw, who only played one game in 1983 after dealing with elbow problems.

Bradshaw finished his career with 27,989 Passing Yards and 212 Touchdowns against 210 Interceptions.  He became a successful television analyst and would enter the Pro Football Hall of Fame in 1989, his first year of eligibility.  Bradshaw was also part of the first-ever Steelers Hall of Honor Class in 2017.