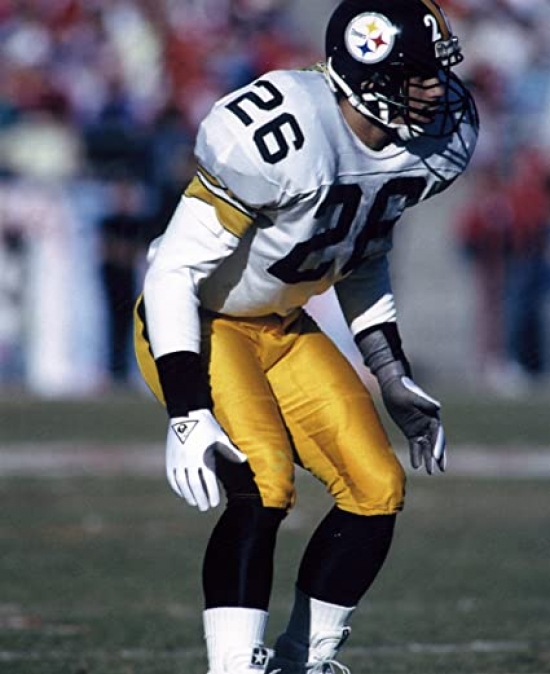 Rod Woodson may not have won a Super Bowl with the Pittsburgh Steelers, unlike some of the other elite Defensive Backs on this list, but he was, without a doubt, the best player regardless of position for the team for nearly a decade.

The Steelers took Purdue's product with the tenth pick in 1997, but they had to wait as the dual-sport star (he was also in Track) held out.  He played half of the year, used mostly as a returner.  In Woodson's sophomore campaign, he was both a returner and Cornerback and had a good year, but he was not drafted to be good; he was drafted to be great.

In 1989 he was a First Team All-Pro and would be again in four of the next five years.  Woodson was a Pro Bowl in all of those seasons, and in each of the First Year All-Pro campaigns, his Approximate Value was at least 16.  In 1990, he led the NFL in AV (20), and he was named the AP Defensive Player of the Year on the strength of his eight Interceptions. There was no doubt that during that six-year run that Woodson was among the best, if not the best Defensive Back in the NFL.

A torn ACL in the first game of the 1995 season took Woodson out for the rest of the year, but he returned to the Pro Bowl in 1996.  This would be his last season in the black, and yellow as negotiations between the team and Woodson broke down, and he signed with San Francisco as a Free Agent. He would later go to four more Pro Bowls, and was a defensive leader on the Baltimore Ravens' first Super Bowl win.

Woodson was elected into the Pro Football Hall of Fame in 2009, and he was also named to both the 75thand 100thAnniversary Team, as well as the 1990s All-Decade Team.  With the Steelers, Woodson had 38 Interceptions and 671 Tackles and was a member of the first Hall of Honor in 2017.