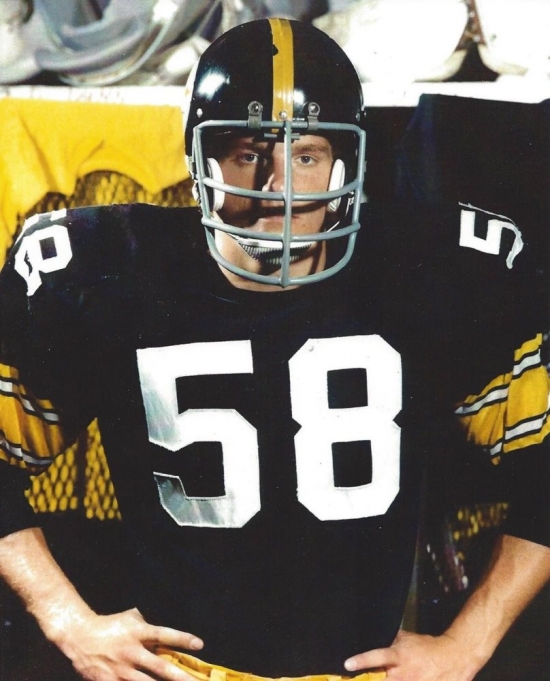 The Steelers had already put together a powerful defensive corps before they used their Second Round Pick in 1974 to take Jack Lambert, the MAC Defensive Player of the Year two years before.

Lambert became the Steelers’ starting Middle Linebacker early in his rookie season, and he was so impressive that he was named the Defensive Rookie of the Year.  Lambert was arguably the final piece of the puzzle to create the Steelers dynasty, as Lambert, Joe Greene, Terry Bradshaw, and Franco Harris would win the Super Bowl that year.  As we know, that would be the first of four Super Bowls of the decade, and Lambert was at the heart of all of them.

Lambert would become known as one of the hardest and most feared hitters in the National Football League.  Lambert won the AP Defensive Player of the Year in 1976, and with all due respect to Greene, Lambert was now the top dog of the Steel Curtain.  The Linebacker was a perennial Pro Bowl Selection from 1975 to 1983, and in addition to his 1976 First Team All-Pro, he had five more from 1979 to 1983.

Had Lambert not suffered from severe turf toe in 1984 (causing him to retire that year), it  is conceivable he could have continued to pile on accolades.  Lambert left the game with a sick rate of 136 Approximate Value to 146 Games, one of the best ratios of its kind.

Lambert was a member of the 1970s and 1980s All-Decade Team and the 75thand 100thAnniversary Team.  In 1990, he was enshrined into the Pro Football Hall of Fame, and he was part of the first class of Pittsburgh's Hall of Honor in 2017.