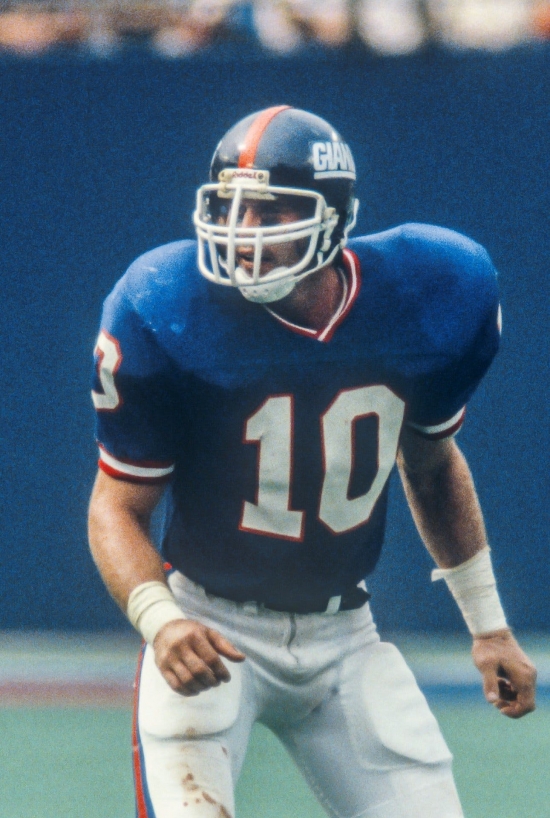 Brad Van Pelt was a two-time All-American at Michigan State, thus bringing a successful resume to the New York Giants who drafted him in the Second Round in 1973.

The Giants were not a great team in the 1970s, and Van Pelt was a bright spot for the team, bringing respectability to their corps of Linebackers.  The former Spartan had a five-year streak of Pro Bowls (1976-80), and as the Giants became better, he was an elder statesman of the "Crunch Bunch," the group of Linebackers comprising himself, Lawrence Taylor, Harry Carson and Brian Kelley.

Van Pelt signed with the Raiders in 1984, and had 18 Interceptions for the Giants, an incredible number for a Linebacker.