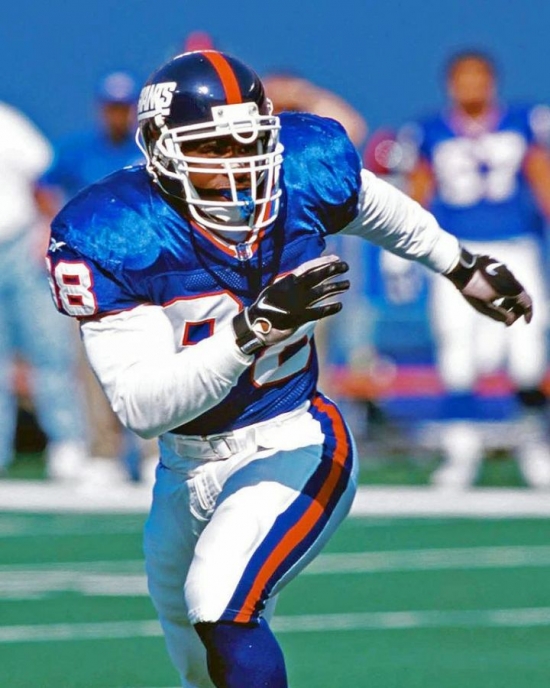 Jessie Armstead clawed his way to NFL stardom after he plummeted to the Eighth Round of the 1993 Draft.  Armstead was a two-time NCAA Champion at Miami, but a torn ACL as a sophomore was in the minds of many in the NFL, and he had to prove himself all over again.

Armstead was an All-Rookie player, but he was not a starter in his first three seasons, and the Linebacker did not see as much action as he would have liked.  In 1996, Armstead started at Left Linebacker, and the former Hurricane would see him pile up the tackling stats.  Armstead had five straight 100-Tackle years (1996-00) and was a Pro Bowler from '97 to '01.

Armstead's last Pro Bowl year (2001) was his last in New York, as he signed with the Washington Redskins, where he played two more years.  With the Giants, Armstead had 30.5 Sacks and 778 Tackles.