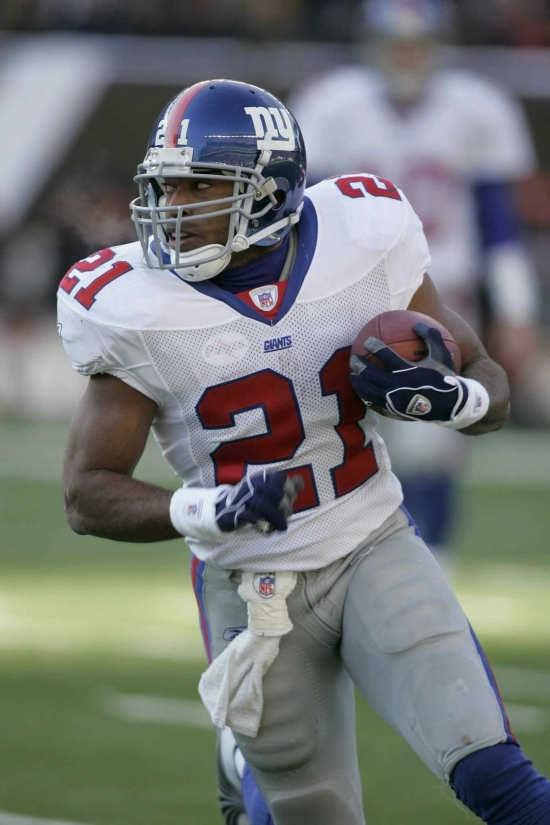 The history of Tiki Barber is a little complicated, but even his biggest detractors have to admit that one time he was the best Running Backs in the game.

Barber played his college ball at Virginia, and the Giants grabbed with him with their Second Round Pick in 1997.  The former ACC Player of the Year started slow, used by the G-Men as a change-of-pace back mostly on third downs, but his value gradually increased, and he had his first 1,000 Rushing Yard season (1,006) in 2000. Barber helped the Giants win the NFC, but they lost Super Bowl XXXV to the Baltimore Ravens.

Barber was a star on the rise, and he became their featured Back in 2002, accruing at least 1,600 Yards From Scrimmage that season and the year after.  As good as it was, Barber, was about to go on a three-year run (2004-06) as one of the best rushers in the NFL.

Barber would be a Pro Bowl in all of those seasons, leading the NFL in Yards From Scrimmage in the first two years, exceeding the 2,000 plateaux in the first two.  Barber was also a First Team All-Pro in 2005, and that year he also was first in the Approximate Value (21).

Barber retired after the 2006 season, but the Giants won the Super Bowl following the year.  It was especially off-putting for Barber’s legacy, as he had openly criticized Quarterback, Eli Manning, Defensive End, Michael Strahan, and Head Coach, Jim Fassel, during the year.  It didn't make Barber look good, but this was still an excellent Running Back in his prime.