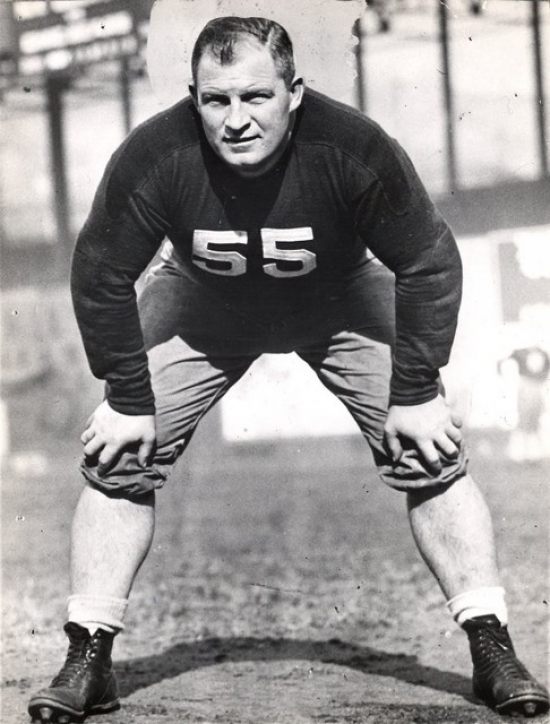 Steve Owen achieved far greater notoriety as a Coach, but he was a very good football player in his own right and one of the first real stars of the New York Giants.

Owen joined the Giants in 1926 after having played two years in stints with the Kansas City Blues, Hartford Blues, Cleveland Bulldogs, and Kansas City Cowboys.  Owen would be named a First Team All-Pro in 1927, and he was the captain of a team that went 11-1-1 and won the NFL Championship.  Owen became the player-coach in 1930, and after he ceased playing, he continued to coach the Giants until 1953, winning two more NFL Championships.