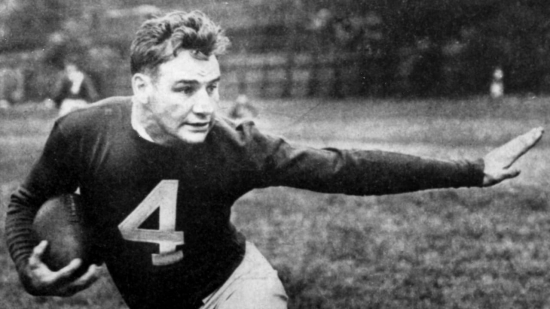 Like many NFL players of the 30s and 40s, Leemans played multiple positions on both sides of the ball (FB, TB, DB, QB), and he was exceptional at all of them.  As a rookie, Leemans led the NFL in Rushing Yards (830), and he was second in that stat in 1938, the same season he led the Giants to an NFL Championship.  Leemans also helped New York reach the Championship Game in 1939 and 1941.

Leemans, who was named to the 1930s All-Decade Team, was involved in more passing in the 1940s, finishing ninth in Passing Yards, each year from 1941 to 1943.  Defensively, he also recorded four Interceptions over his career.