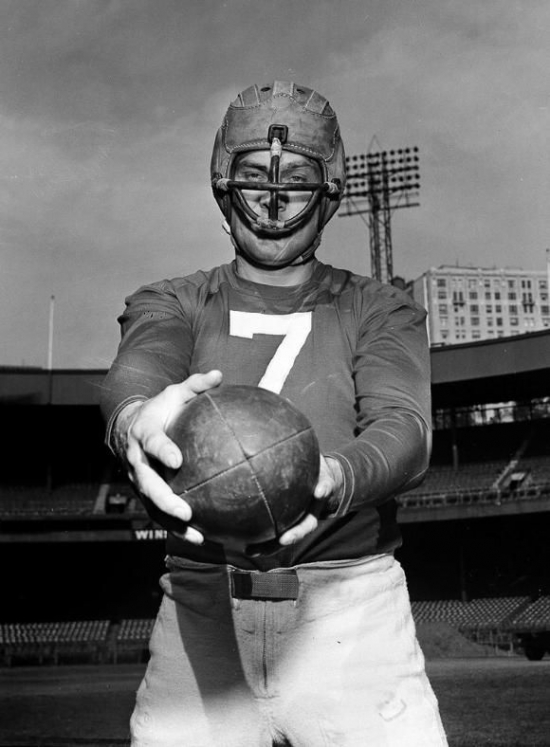 Mel Hein was a two-sport star (football and basketball) at Washington State, and it was on the gridiron where he sought his professional status as an athlete.

Hein signed with the New York Giants in 1931, which would be the only team he played for over his fifteen-year career.  Hein played at Center and Linebacker, and he was a massive cog in the Giants teams that won the 1934 and 1938 NFL Championship, and appeared in five other Championship Games.

Hein was such a dominant player that he was a four-time Pro Bowl, five-time First Team All-Pro, and he was named to the 1930s All-Decade Team, as well as the 75thand 100thAnniversary Team. Hein entered the Pro Football Hall of Fame in 1963, which would be the same year that New York retired his number 7.