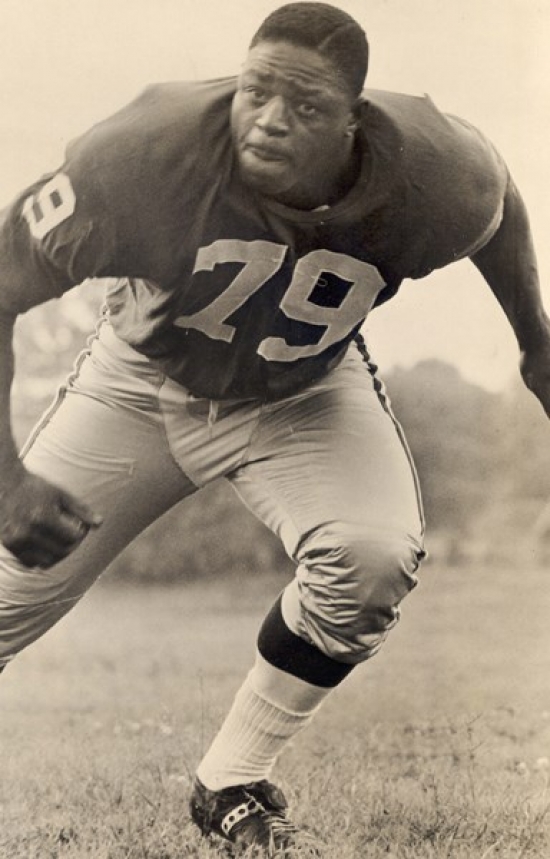 Rosey Brown played at Morgan State, a historically black college in Baltimore. The NFL was in the infancy of scouting HBCUs, and the New York Giants landed him in the 27thRound. This selection resulted in the greatest value pick in franchise history.

Early in his career, Brown was one of two African-American players on the Giants, and he helped break racial barriers in the NFL. Brown played his entirety at Left Tackle, and he was among the best in the business.  He went to the Pro Bowl for the first time in 1955, beginning a six-year streak of selections.  Brown earned First Team All-Pro honors four years in a row, and he was a vital component in New York’s 1956 NFL Championship Team.

Brown continued to be a force in the 1960s, earning three more Pro Bowls and two First Team All-Pros.  He retired in 1965 and was considered one of the greatest Lineman in the history of the game.