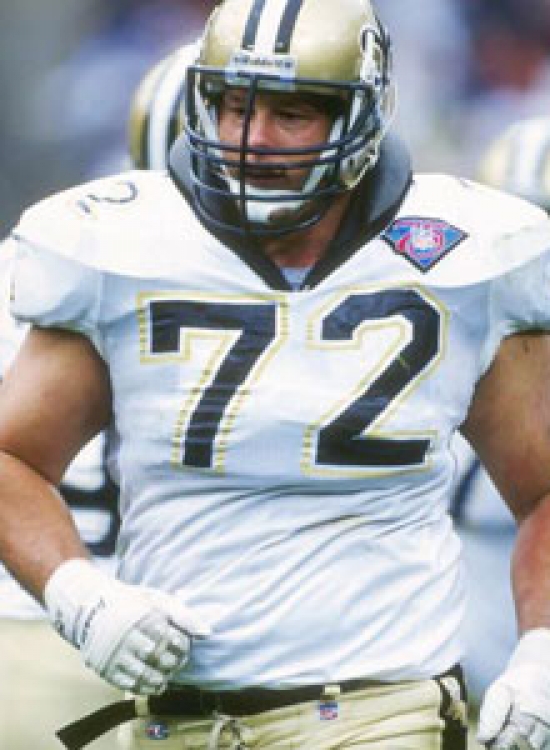 A Consensus All-American at Virginia, Jim Dombrowski was the product of New Orleans’ Sixth Overall Pick in the 1986 Draft.

The eventual College Football Hall of Famer was used sparingly as a rookie, but he was promoted to the starting Left Tackle the following year. Dombrowski held that position for three years before he was moved to Left Guard, which was where he stayed until he retired after 1996.  The Offensive Lineman was never a Pro Bowl Selection, but he was in the running in multiple seasons.  His 151 Games in a Saints uniform places him in a select company within the organization.

Tagged under
Tweet
More in this category: « 22. Aaron Brooks 24. Will Smith »