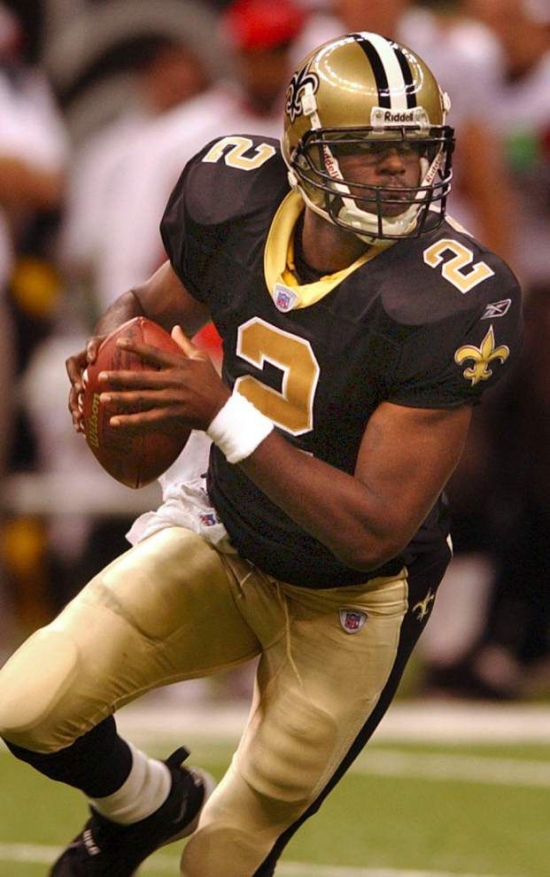 One of the forgotten Quarterbacks in Saints history is Aaron Brooks, which is a shame considering he was a talented player who, for a few seasons, was on the cusp of being a Pro Bowler.

The Green Bay Packers drafted Brooks in 1999, but with Brett Favre as the incumbent, there was no future in the Frozen Tundra for Brooks. He was traded to New Orleans, where he was their backup until Jeff Blake was sidelined late in 2000, and he was their new starter.

The former Virginia Cavalier was the Saints QB would throw for at least 3,500 Passing Yards each year from 2001 to 2004 along with at least 20 Touchdown Passes.  The Saints were not serious Super Bowl contenders, but they were respectable. Brooks yardage in that four-year period (2001-04) kept in the top nine in that category, and again, while he was never chosen for the Pro Bowl, he was edging in that top third of pivots in the NFL.