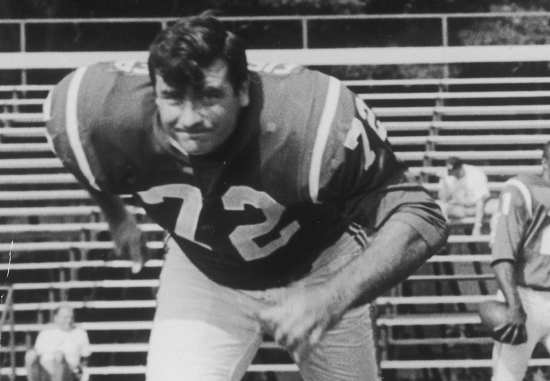 Larry Eisenhauer played at Boston College, becoming one of the many local players to ply their trade at the professional level with the Boston Patriots.

Eisenhauer settled in at Defensive End, but saying the word "settle" seems so wrong for a player known as the "Wildman." The career-Patriot famously banged his head on lockers and once ran out in a snow-covered field in Kansas City wearing only his helmet and a jockstrap.  Regardless of how he entertained his teammates, he was a very good football player, who was a four-time AFL All-Star.