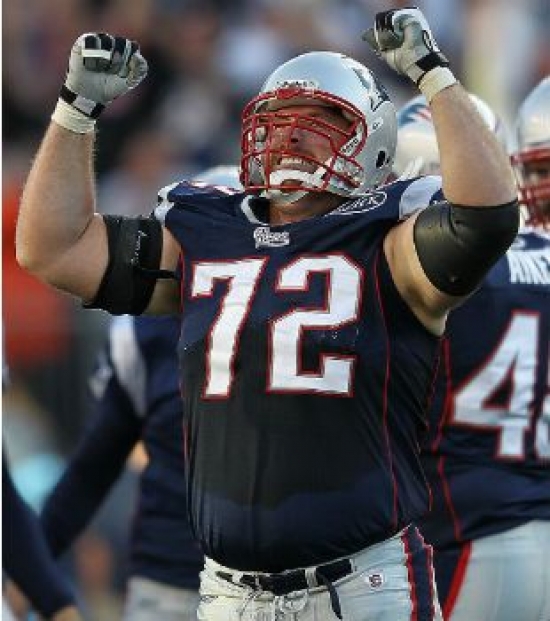 Matt Light plied his college trade at Purdue, and the New England Patriots were fortunate to land him with their 2001 Second Round Pick.

Light was plugged in at Left Tackle, where he helped the Patriots win Super Bowl XXXVI.  He did well, protecting his Quarterback, Tom Brady, and he would help them win two more Super Bowls in the next three seasons.  Light would be named to the Pro Bowl in 2006 and 2007.  That 2007 season was incredible for Light, a First Team All-Pro, and was second in Approximate Value in the NFL with 20.  Light would later be a Pro Bowl in 2010, and he retired in 2011 after starting 153 of his 155 Games.

In 2018, Light entered the Patriots Hall of Fame.