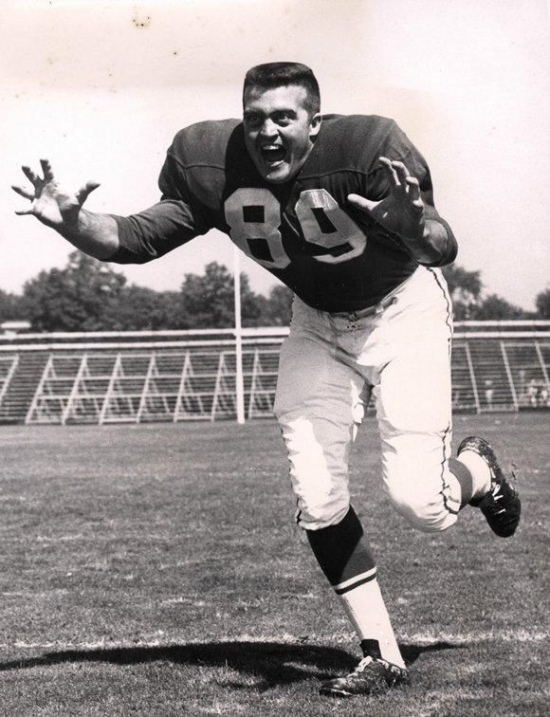 After two seasons with the Washington Redskins, Bob Dee left the NFL to join the Boston Patriots for the inaugural season of the American Football League.

Jumping to the AFL proved fruitful for Dee, who was now starting at Left Defensive End, and would do so for 112 consecutive games until he retired after the 1967 season.  Dee led the AFL in Fumble Recoveries (5) in 1961, earning AFL All-Star honors that year. He landed three more All-Star nods from 1963 to 1965, and from 1962 to 1965, and Dee had an even 10 in Approximate Value in those seasons.

Dee had 33 "unofficial" Sacks over his Patriots career, and his number 89 was retired by the team.  In 1993, Dee was elected to the Patriots Hall of Fame.