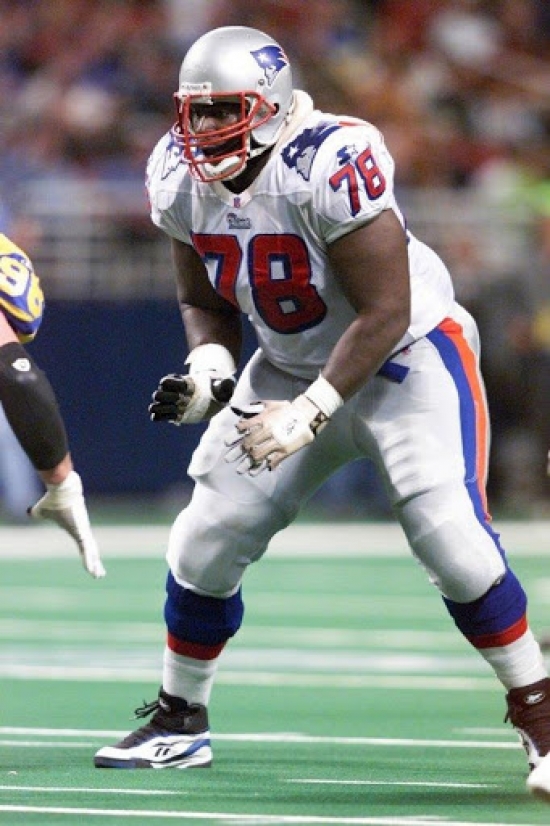 One of the few players who played more than 200 Games for the New England Patriots, Bruce Armstrong would play all of his 212 Games in the National Football League with the Pats.

Armstrong did not just play in 212 Games, he would start them all. A First Round Pick (23rd Overall) from Louisville, Armstrong was an All-Rookie, and he would later blossom into a six-time Pro Bowl Selection.  Twice, Armstrong was a Second Team All-Pro, and he was one of the best Offensive Tackles of his day.

He would hold the record for the most Games played by a Patriot until it was broken by Tom Brady.  Armstrong entered the Patriots Hall of Fame in 2001, and his number 75 was retired the year before.