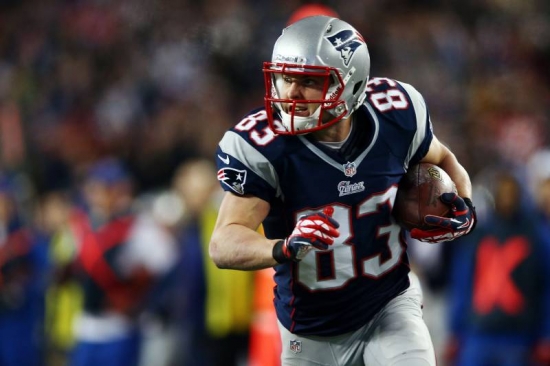 Wes Welker was an All-Rookie Returner as an undrafted player with Miami in 2004.  Welker would begin to see more time at Wide Receiver, but the Patriots saw something more special in him, and they traded for him in 2007.

In his first season with the Patriots, he would lead the National Football League in Receptions (112). Welker did not make the Pro Bowl that year, but he did the next five seasons, and he again led the NFL in two more years with Receptions (2009 & 2011).  In those two seasons, he was a First Team All-Pro.  In five of his six seasons with the Pats, W had at least 1,100 Yards, and in the six years he was in New England, he amassed 7,459 Yards with 37 Touchdowns.  He left the Patriots when he signed with the Broncos in 2013 as a Free Agent.