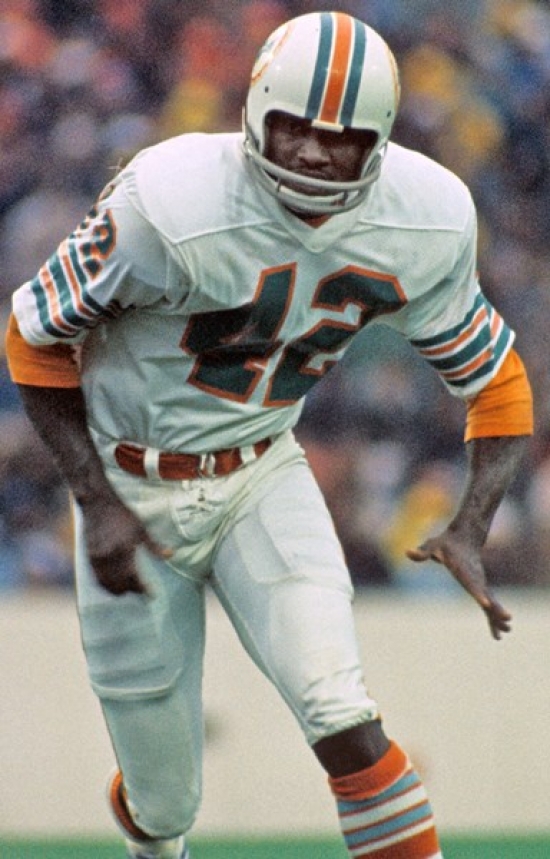 Warfield was with the Dolphins for five years and was a Pro Bowl Selection for all of them, and a First Team All-Pro twice.  While Miami was built on defense, he was a potent weapon for their Quarterback, Bob Griese, and the big play guy they needed.  He led the NFL in Touchdown Passes (11) in 1971, and he helped them win the Super Bowl that year, and the two after, which were the two they won.  Warfield never had a year as a Dolphin, where we had an Approximate Value less than 11, with him leading the league with 19 in '71.  He would also have 717 Yards in 11 Playoff Games for Miami.

In 1975, he and his teammate, Larry Csonka left Miami for the Memphis Southmen of the World Football League.  When that league folded, he rejoined the Cleveland Browns for two years before retiring.

For his combined efforts as a Brown and Dolphin, Warfield would enter the Pro Football Hall of Fame in 1983, and was part of the first group inducted to the Dolphins' Honor Roll.