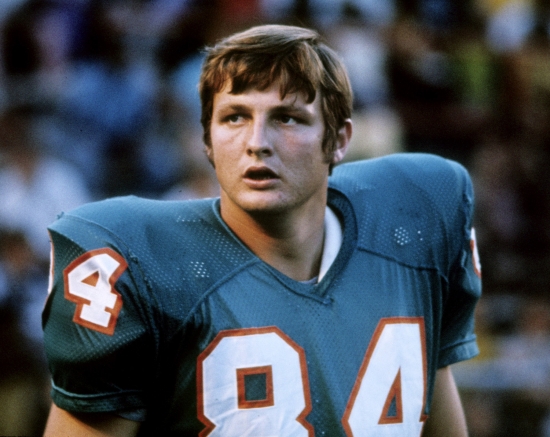 While Sacks were not official when Stanfill played, he is believed to have secured 69.5 in his career.  The Dolphins placed him in their Honor Roll in 2010.