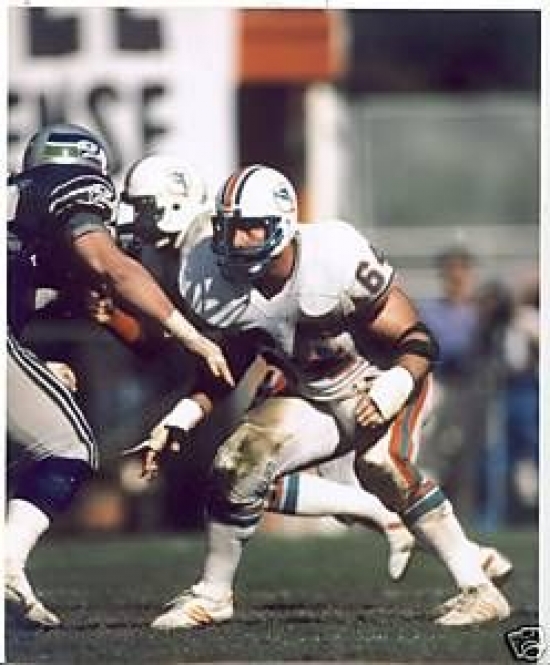 Ed Newman had to be thrilled when he was drafted by the Super Bowl VII Champions, the Miami Dolphins.  The sixth rounder from Duke did not play that much as a rookie, but he was a member of the Super Bowl VIII winning team.

Newman was not a regular starter on the Dolphins Offensive Line until 1978, and once he landed this role, he had the chance to prove his mettle as a pro football player.  Newman, who was the starting Right Guard from 1979 on, would go to the Pro Bowl annually from 1981 to 1984, with the first three years being Second Team All-Pro selections, and the 1984 campaign earning a First Team All-Pro nod.  It was an incredible year, where he helped the Dolphins make the Super Bowl, and individually had an Approximate Value of 19, which placed him third overall in that stat for the year.

Sadly, after his greatest season, a knee injury kept him out of 1985, and he retired shortly after.