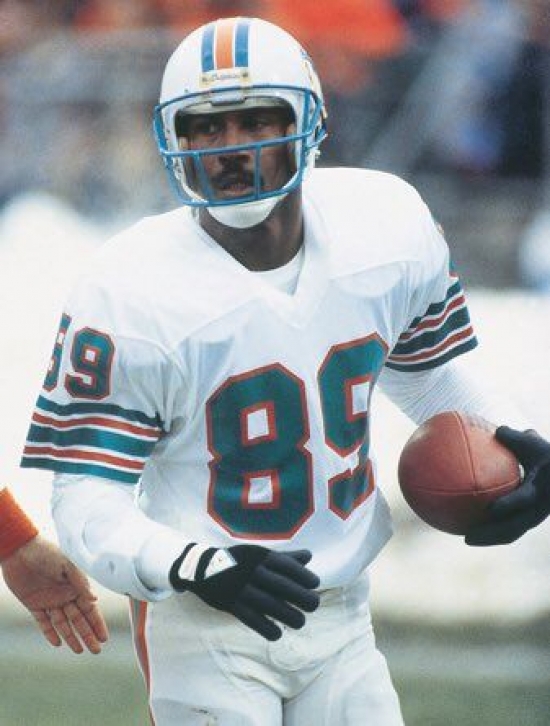 While it might be easy to label Nat Moore as an offensive compiler, let’s just say that he compiled a lot!

Born in Florida, playing at the University of Florida, and a career-Miami Dolphin, Nat Moore was watched by Floridians for what had to feel like an eternity.  Moore joined the Dolphins in 1974 and was with them until 1986.  While he never had a 1,000 Yard season, he did have a 765 Yard campaign in 1977, where he finished eighth and was first in Touchdown Receptions with 12.  That would be his only Pro Bowl and First Team All-Pro year.

Moore managed to have seven seasons where he had 600 plus years and would eke out 7,546 in total with 74 Touchdowns.  He also had another 1,155 Yards via Returns.  The Dolphins chose Moore for their Honor Roll in 1999.