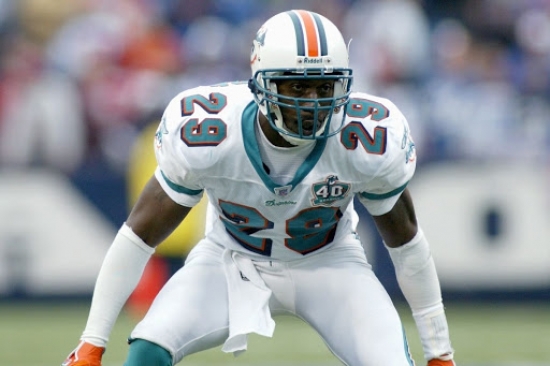 Madison’s best run in pro football was from 1998 to 2002, where he had four Pro Bowls, two First Team All-Pros, two Second Team All-Pros and a season (1999) where he was the National Football League’s leader in Interceptions with seven, which was actually one less than he had the year before.  Madison played with the Dolphins until he was released after the 2005 season, and would accumulate 31 Interceptions and 366 Tackles with the team.

After signing with the New York Giants as a Free Agent, he would help them win Super Bowl XLII.  Later on, he won a second Super Bowl Ring as a Cornerbacks Coach with the Kansas City Chiefs.