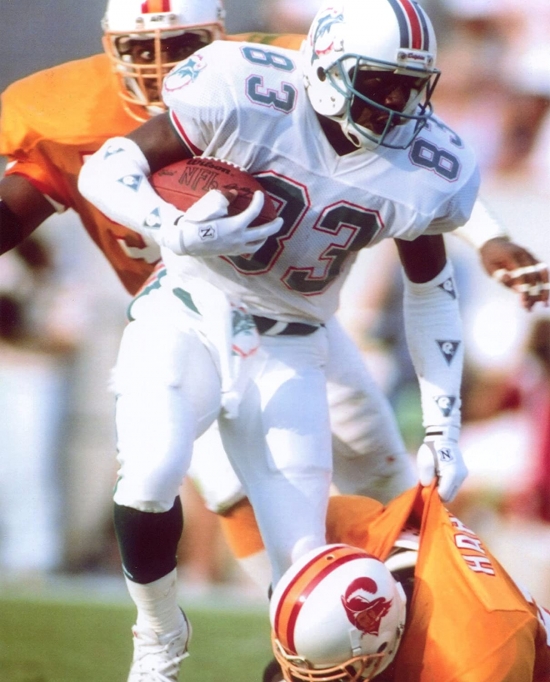 Clayton played with Miami until he signed with the Green Bay Packers in 1993, where he played one year before retiring.  With Miami, Clayton had 8,643 Receiving Yards and 81 Touchdowns.  Clayton was chosen for the prestigious Honor Roll in 2003.