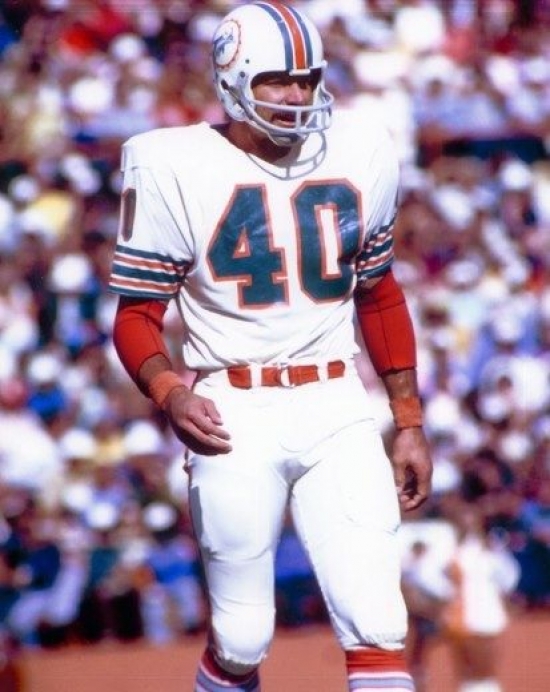 Dick Anderson played his entire pro career with the Miami Dolphins, and it did not take long for the Strong Safety to prove his worth after being taken in the third round in 1968.

Anderson would lead the NFL in Interception Return Yards in both 1968 and 1970, with him posting eight Interceptions in both seasons.  In 1972, Anderson began a three-year run of Pro Bowls, with the first two being First Team All-Pro seasons.  Not so coincidentally, Anderson’s Miami Dolphins won the Super Bowl in both years, with the latter one seeing him win the Defensive Player of the Year with a league-leading eight picks.  Anderson would also be used occasionally on punt returns and would have 1,338 All-Purpose Yards.

The run of Anderson as an elite Safety ended in 1975 when he missed the entire season due to a knee injury.  He came back for two seasons but was never the same.  He retired with 34 Interceptions with 792 Interception Return Yards.  Anderson entered the Dolphins Ring of Honor in 2006.