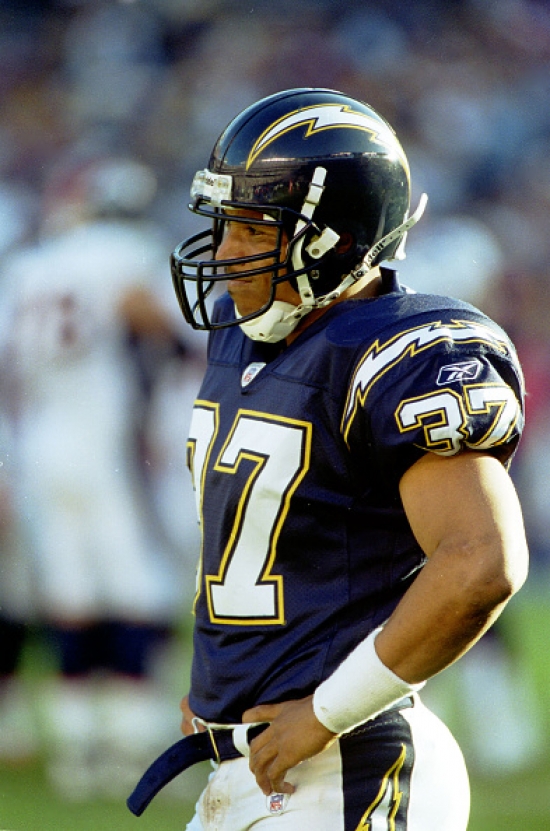 Rodney Harrison played his college ball at Western Illinois, Rodney Harrison saw little action as a rookie in 1994 with San Diego.  That did not change until his third year, where he became the Chargers’ starting Strong Safety.

In the next three seasons, Harrison had well over 100 Tackles, and in 1998, he was a First Team All-Pro and a Pro Bowl Selection. After being hurt for most of the 1999 Season, he rebounded with two more 100 plus Tackle years and was a Pro Bowler again in 2001.

After he was released in 2003, he signed with the New England Patriots where he became a playoff hero.  As a Charger, Harrison had 26 Interceptions, 21.5 Sacks, and 760 Combined Tackles.

Buy your Tickets to see Denver Broncos at Los Angeles Chargers at SoFi Stadium in Inglewood, CA HERE for as little as $74!

Buy your Tickets to see Los Angeles Chargers at Denver Broncos at Empower Field at Mile High in Denver, CO HERE for as little as $129!