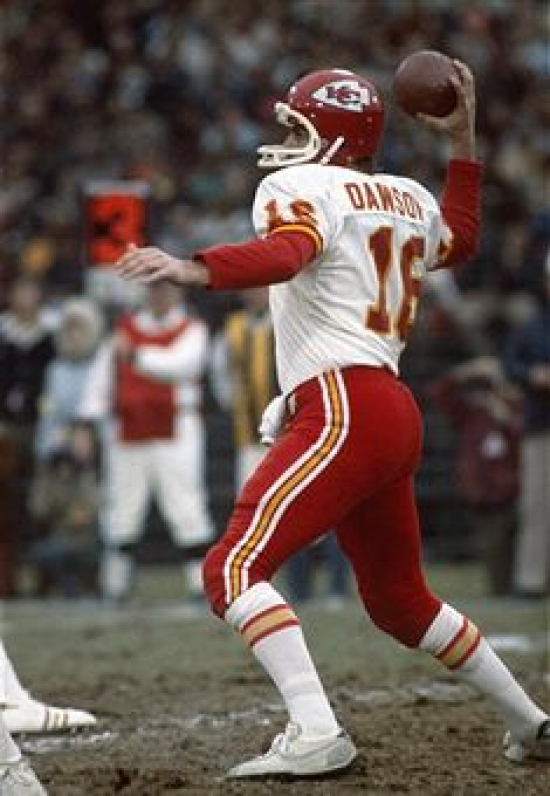 Dawson’s AFL league leading Passer Rating of 1962 would be duplicated in every season from 1964 to 1968 as well as posting four seasons where he led the league in Touchdown Passes.  Dawson would take the Chiefs to the first Super Bowl where although they lost, Dawson impressed many in defeat.  He would later take the Chiefs to a win in Super Bowl IV (where he was named the Super Bowl MVP), which was the only one in franchise history.

Overall as a Chief, he threw for 28,507 Yards and 237 Touchdown Passes numbers which are incredible for his time period.

Dawson would enter the Pro Football Hall of Fame in 1987, and was inducted into the Chiefs Hall of Fame the same year.  His no. 16 has also been retired by the team.