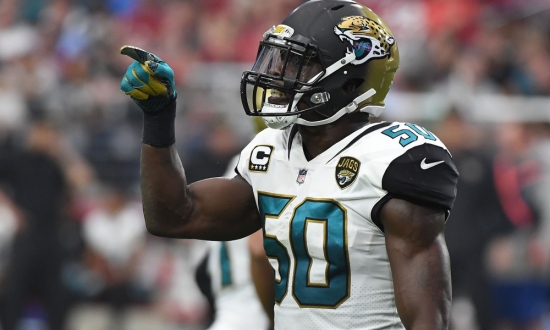 Telvin Smith came to the Jaguars as a draft pick from his in-state alumni, Florida State.

The 2013 BCS Champion Linebacker would play five years in football, and all of which was with the Jaguars.  In all five of his seasons, Smith would exceed the 100 mark in Combined Tackles, and he was a Pro Bowl Selection in 2017.

Sadly, Smith's football career had a poor ending.  In 2019, months after saying that he was taking the year off, police came to his house for unknown reasons.  Regardless, he was a good player, and he belongs on this list.