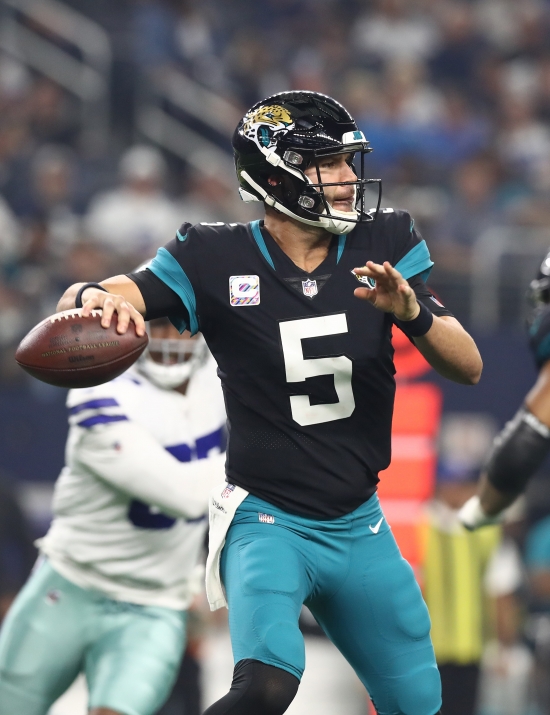 There was a lot of hope in Jacksonville when they drafted Blake Bortles third overall in 2014, and while there were ups and downs, it might be safe to say that the former AAC Offensive Player of the Year did not turn out to be the right fit for the Jaguars.

Bortles did have his moments, though.  While his rookie season saw him thrown more Interceptions than Touchdowns, he had 35 TD passes as a sophomore, albeit while leading the NFL in picks with 18.  That year, he was seventh in Passing Yards (4,428) and had at least 3,600 Yards in the two years after.

In 2017, he took Jacksonville to the playoffs, and while it was mostly on the strength of their defense, he did his role and taking the team to AFC Championship.  Sadly, that was his apex, as he lost his job in 2018, and was released shortly after.