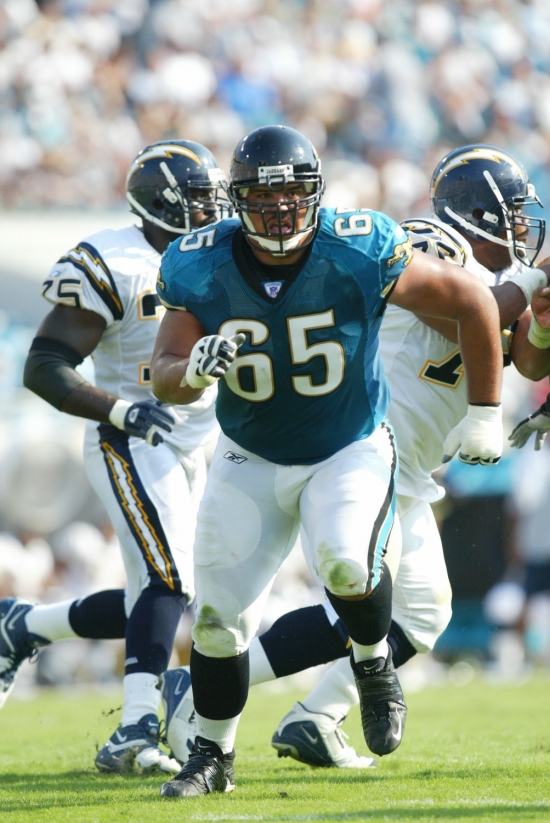 Chris Naeole played his first five seasons in pro football with the New Orleans Saints before signing with the Jacksonville Jaguars in 2002.

With the Jags, Naeole played at Right Guard and started all 87 of the Games he played there.  Naeole was an anchor for the team on the right side, and the native Hawaiian was one of the better players to compete for Jacksonville.

He was released after the 2007 season, and he would not sign with another one, thus ending his career with the Jaguars.