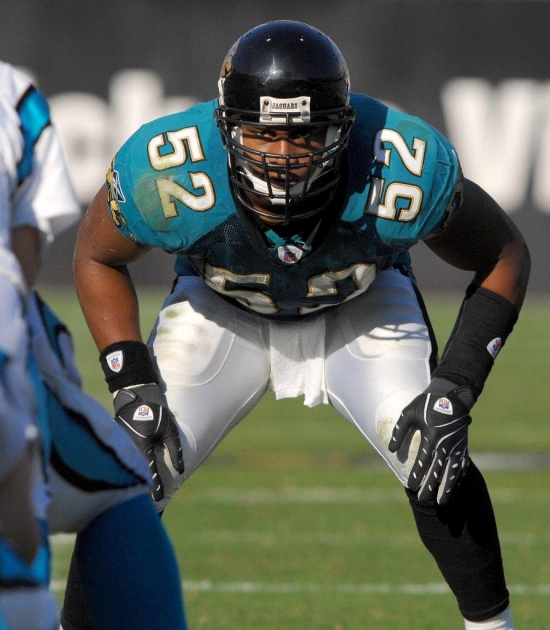 Daryl Smith became a starter in his rookie season (2004) when the second round pick proved his worth at Linebacker.  From the next season on, Smith usually played at Middle Linebacker, and he would have two seasons where he would record 107 Combined Tackles (2009 & 2011).

Smith left the Jaguars in 2013 when he signed with the Baltimore Ravens as a Free Agent.  With Jacksonville, Smith would accumulate 21.5 Sacks with 682 Combined Tackles and 540 Solo Tackles.