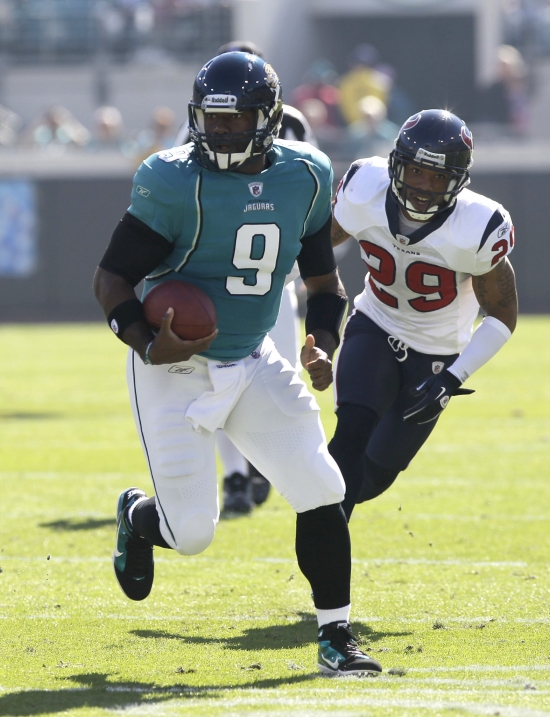 Garrard was released a week before the 2011 Season, and he elected to get surgery on his herniated disc.  He would be signed by Miami before 2012, but he needed knee surgery and was released before he could play.  He would attempt another comeback with the New York Jets, but he never played a down for them either.  This would make his entire pro career wearing the green of Jacksonville.