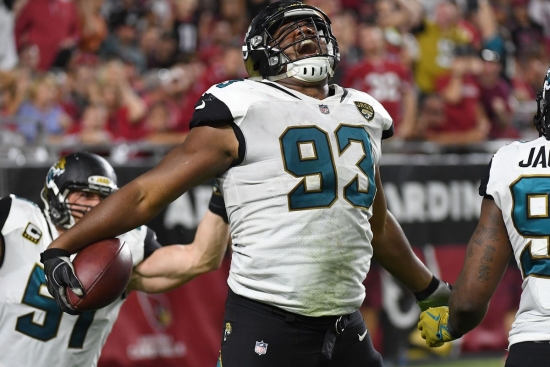 Calais Campbell played the first nine seasons of his career with the Arizona Cardinals, where he was twice a Pro Bowl Selection. He signed with the Jaguars at the age of 31, so it was not expected that he would exceed what he did in the desert, but that was precisely what he accomplished in Florida.

The Defensive End played three seasons with the Jaguars and was a Pro Bowl in all three of them.  His best season was his first one in Jacksonville, as he would record 14.5 Sacks (his career-high) and was a First Team All-Pro for the first time in his career.  Campbell would also win the prestigious Walter Payton Man of the Year in 2019.  He was traded to the Ravens in 2020, and would record 31.5 Sacks as a Jag.