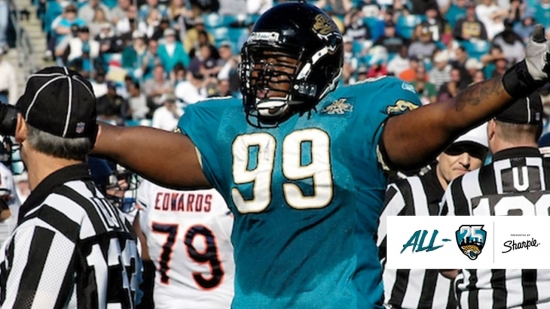 Stroud would be part of a powerful DT duo with John Henderson, and Stroud would go to three consecutive Pro Bowls (2003-05), with a Second Team All-Pro Selection coming in 2003.  He played with Jacksonville until 2007 when he was traded to Buffalo, and as a Jaguar, he would secure 22 Sacks with 279 Combined Tackles.