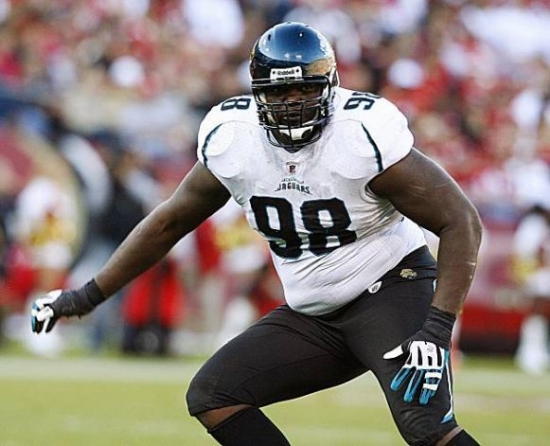 What is John Henderson best known for?  Probably for having a trainer slap him hard in the face to get motivated for a game.  That might be the most common image of Henderson, but there were a lot of great moments that the mammoth Defensive Tackle had with the Jaguars.

With the Jags, Henderson would have 29 Sacks with 426 Combined Tackles.