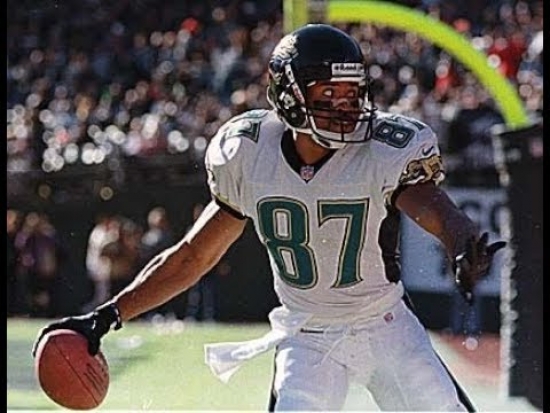 McCardell was a Pro Bowl Selection in 1996 with 1,129 Receiving Yards, and he would hit the 1,100 plateaux three more times with Jacksonville.  In all of those 1,100 plus years, he was in the top ten in Receiving Yards, and he was the perfect complement to Jimmy Smith.  The duo was nicknamed "Thunder and Lightning," with McCardell owning the "Thunder" moniker off his ability to charge downfield.

His stint with the Jags ended when he signed with the Tampa Bay Buccaneers in 2002 and would help them win the Super Bowl that year.  With Jacksonville, he would record 499 Receptions for 6,393 Yards and 30 Touchdowns.