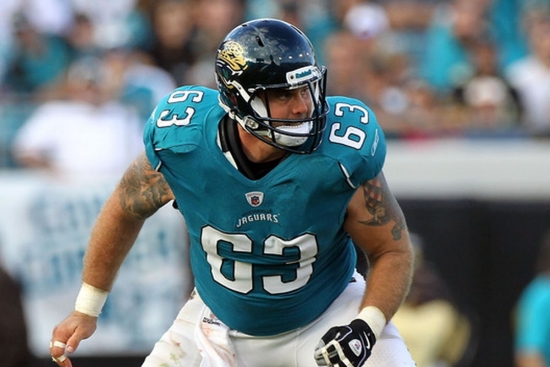 Playing his entire career with the Jacksonville Jaguars, Brad Meester was a 2nd Round Pick from Northern Iowa who would secure a long career in Pro Football.

Meester was drafted in 2000, where for the first three years of his career would be the starting Left Guard.  He moved to Center, which was where he played the rest of his pro career, which extended to 2013.  Meester may never have been chosen for a Pro Bowl, but he is the player who is number one by far in terms of Games Played.

This type of accumulation of minutes logged, and level of play has earned him this spot on the greatest Jacksonville Jaguars of all-time.