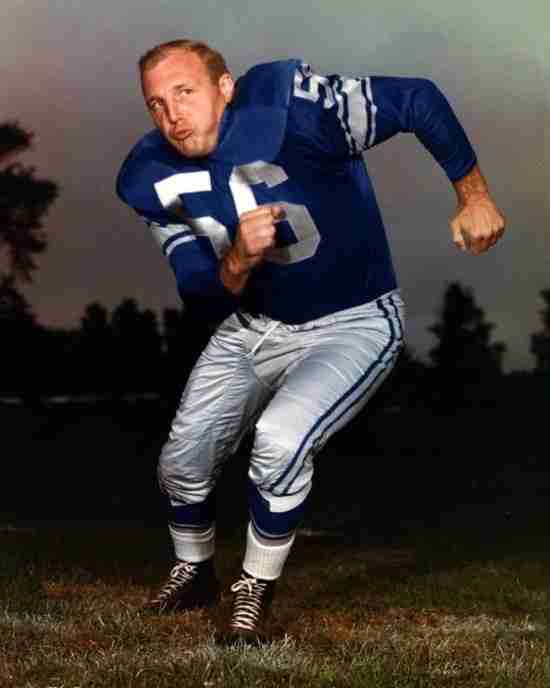 Easily the best defensive player the Detroit Lions have ever had, Joe Schmidt was a dominating Middle Linebacker who would become the defensive captain of the team in 1956 and continue in that role for nine years.

Never leaving Detroit as a player, Schmidt was regarded for his unequalled toughness and was a major part of the last two NFL titles that the Lions won.  The 1973 Pro Football Hall of Fame inductee was an eight-time First Team All-Pro and was named the league MVP by United Press.

His running of the team defense made him a natural to coach, and he would helm the Lions from 1967 to 1972.  Schmidt was inducted into the Pro Football Hall of Fame in 1971, and his number 56 was retired by the team.