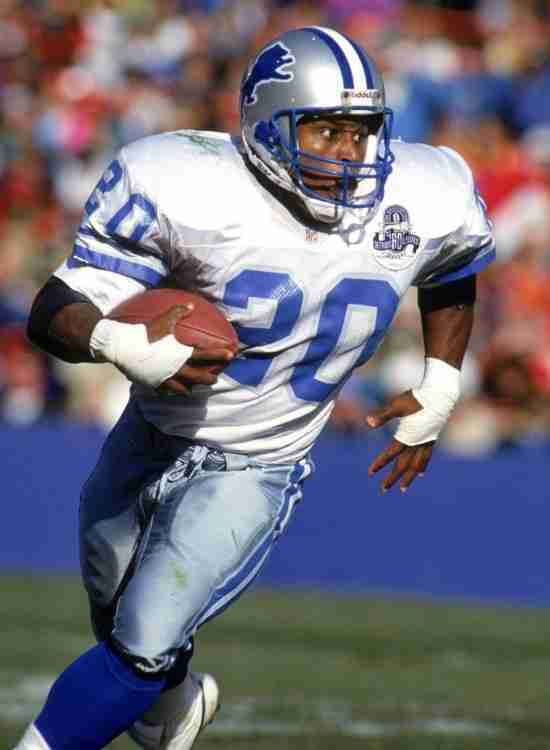 Nowadays football players are retiring early, but the retirement of Barry Sanders caught everyone completely off-guard as he retired while still an elite player and less than 1,500 Yards from breaking the rushing record, which he had he continued to play would have likely set a mark that would have been unattainable.
Still, there was no question that the greatest Detroit Lion of all-time has to be Barry Sanders.

In the ten seasons that he played, Sanders was named to the Pro Bowl in every single one of them.  He is a member of the 2,000 Yards Rushing (in a season) club, a four-time rushing champion, six-time First Team All-Pro, and a former MVP.

He is the answer to the question of who is the best player to never play in a Super Bowl, but can you imagine how they would have done if he wasn’t a Lion?  They probably would have made the playoffs at all!

The Running Back entered the Pro Football Hall of Fame in 2004, and his number was retired the same year.