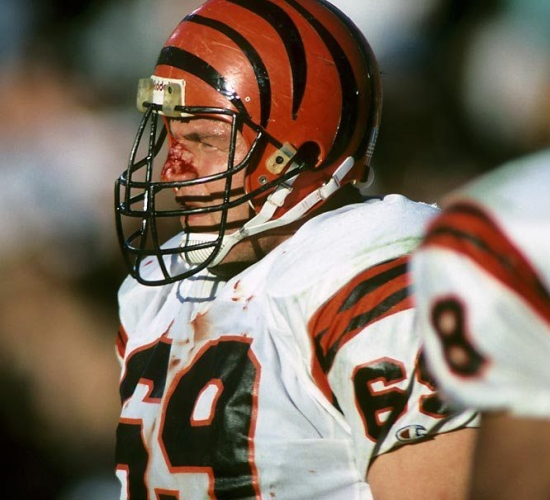 A Cincinnati Bengal for his entire pro career, Tim Krumrie came from the University of Wisconsin as a Tenth Round Pick in 1983, and in terms of value, is hard to beat.

The former Badger played his entire pro career as a Bengal, and the Nose Tackle would be named to the Pro Bowl in both 1987 and 1988.  The tackling factory would have two 100 Tackle years, including a 152 Combined Tackle campaign in 1988, which was good enough for fourth that year.

Krumrie had just over 1,000 Tackles over his career, with 34.5 Sack, all making him one of the most successful Nose Tackles in franchise history.