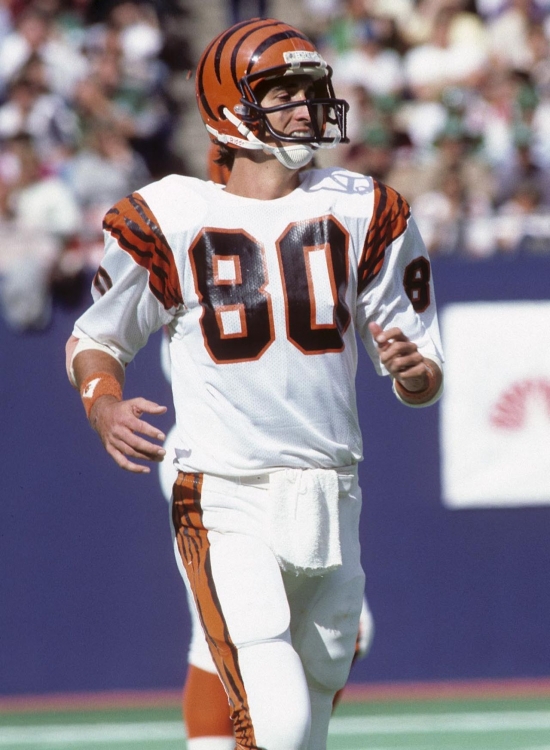 Cris Collinsworth used his tall frame (6' 5") to cause physical mismatches often when he played at Florida, and the All-American was able to the same after being drafted by the Bengals with their Second Round Pick in 1981.

The Wide Receiver went to the Pro Bowl in his first three seasons, and he would have at least 1,000 Receiving Yards in four of them.  He was close to having another one in 1984 (11 Yards short), and in the strike-shortened 1982 season, he had 700 Yards in 9 Games.

Collinsworth played until 1988 in a career that was spent entirely with Cincinnati.  He would have 6,698 Yards with 36 Touchdowns, and he averaged a healthy 16.1 Yards per Reception.

Following his career, Collinsworth would become a successful analyst, most notably on NBC’s Sunday Night Football.