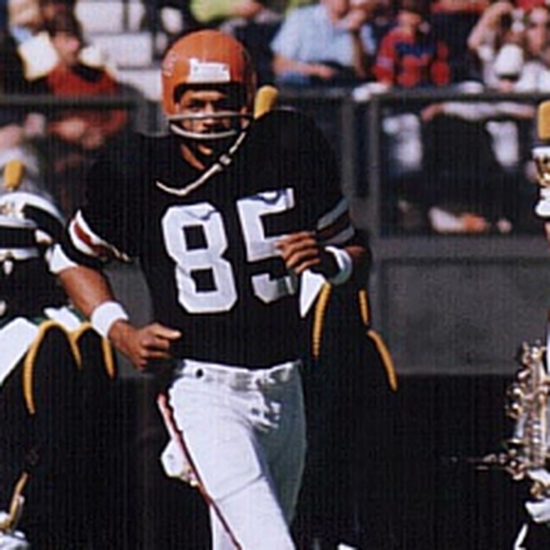 Isaac Curtis played his entire pro career with the Cincinnati Bengals, where the Wide Receiver would parlay his First Round selection into a four Pro Bowl career.

The former San Diego State Aztec went to the Pro Bowl as a rookie and earned that accolade in the next three seasons. Curtis was first in the NFL in Yards per Reception in 1975 and was in the top five in that stat the two seasons prior.  In terms of punching the ball into the end zone, Curtis was again in the top ten in Receiving Touchdowns in his first four years.

Curtis did not have the same success after that four-year run, but he was a decent NFL player for the rest of his career, all spent as a Bengal.  He would accumulate 7,101 Yards and 53 TDs as a Bengal.