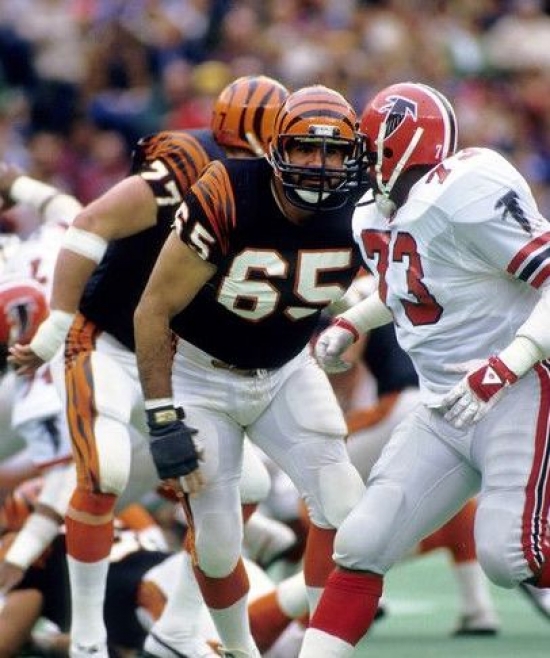 The Cincinnati Bengals got their value’s worth when they took UCLA’s Man Montoya with a Seventh Round Pick in 1979.

The Offensive Guard only started in one game as a rookie, but the year after, he was the Bengals starting Right Guard, a position he held until he left the jungle for the Los Angeles Raiders in 1990. Montoya did a great job on an O-Line that included Hall of Famer, Anthony Munoz, and he helped Cincinnati reach two Super Bowls.  Montoya went to three Pro Bowls as a Bengal and earned a fourth as a Raider.

Montoya played in 157 Games for Cincinnati and had five years of 10-plus in Approximate Value for the team.