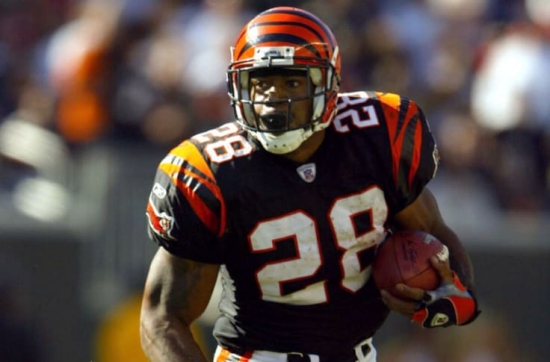 Corey Dillon was an All-Rookie (1997) after the Cincinnati Bengals took him in the Second Round from the University of Washington.

After a poor 2003 season, Dillon was traded to New England and one of his best years in football, winning a Super Bowl Ring (XXXIX) with the Patriots, which was the same season he earned his fourth and Final Pro Bowl Selection.

With the Bengals, Dillon had 9,543 Yards From Scrimmage with 50 Touchdowns.