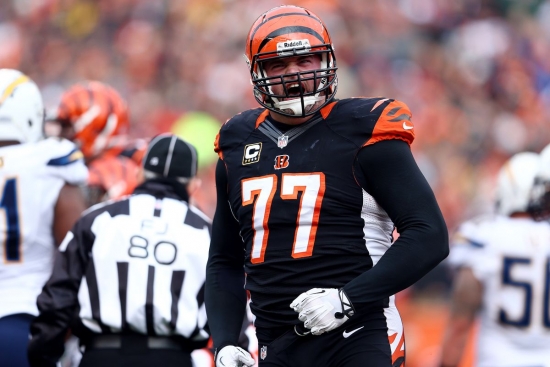 Andrew Whitworth helped LSU win the BCS Championship in 2003, and three years later he was Cincinnati's Second Round Pick.

Whitworth became the starting Left Tackle as a rookie, but the Bengals saw him more as a Guard, which he played in his second and third year in the league.  Whitworth was put back at Tackle, a position that some experts thought he was slightly too small for, but Whitworth would prove everyone wrong.

Whitworth defied all logic, becoming a more celebrated player in his 30s than he was in his 20s.  The former LSU Tiger went to his first Pro Bowl in 2012, and he went again in 2015, while this time having an Approximate Value of 19 and was also a First Team All-Pro.  Whitworth again went to the Pro Bowl in 2016, but sadly for Bengals fans, he left the team, signing with the Los Angeles Rams as a Free Agent.

With Cincinnati, Whitworth started 164 of his 168 Games and is one of the few Bengals to exceed 100 in Approximate Value for the team.