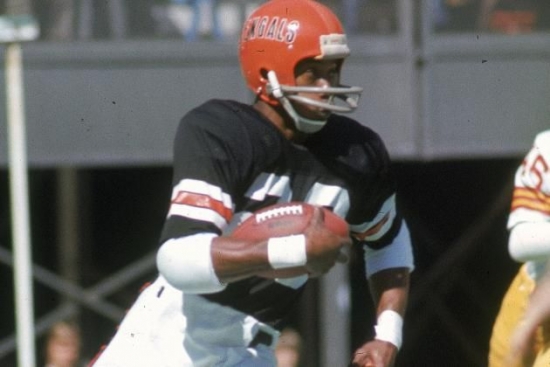 Setting records at Lincoln University of Missouri, Lemar Parrish went to the Cincinnati Bengals, the Seventh Round of the 1970 Draft.  Despite being selected late and from a school that most people never heard of, Parrish wasted no time in making an impact on the professional level.

Parrish started 11 games at Left Cornerback as a rookie and was also the team's featured Returner.  Parrish went to the Pro Bowl as a rookie and again as a sophomore, and he was established as one of the best Corners in the NFL.  Parrish had good years in 1972 and 1973 and easily had Pro Bowl worthy campaigns, but he was not chosen for them.  Nevertheless, he went on a new streak of four consecutive Pro Bowls (1974-78) and would have 25 Interceptions over his Bengals tenure.

Parrish left the Bengals for the Washington Redskins after the 1977 season, and he would later go to two more Pro Bowls.