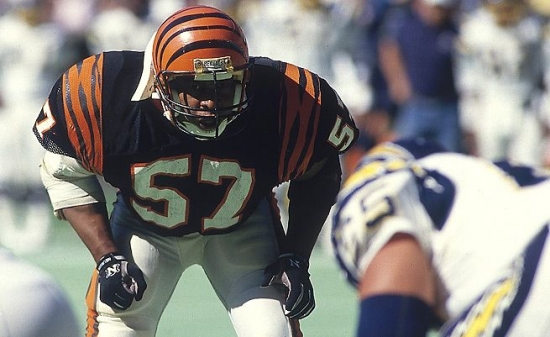 Playing his entire career with the Cincinnati Bengals (1976-89), Reggie Williams started 196 of his 206 Games, all on right side Linebacker.

Williams was never a Pro Bowl Selection, but he was dependable, and the Bengals coaching staff never had to worry about that key position for over a decade.  Williams led the NFL in Fumble Recoveries (4) in 1982, and had 62.5 career Sacks, although only 41 were official, as the stat was not kept until 1982.

Williams was known throughout Cincinnati for his community work, and in 1986, he was named the Man of the Year.  He is one of the view players in franchise history to have over 200 Games and an Approximate Value.