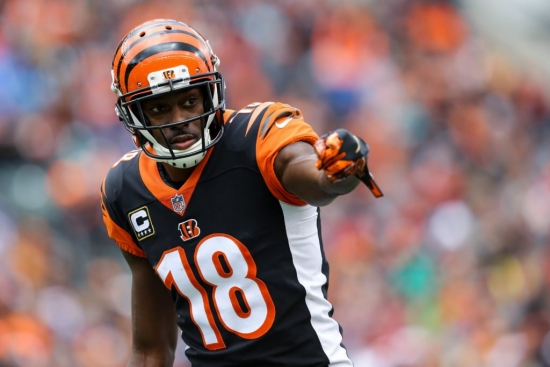 Green was inserted immediately into the starting lineup for the Cincinnati Bengals, and he rewarded that faith with 1,057 Yards and a Pro Bowl.  This production would be the norm for Green, who was always flirting with the elite of the Wide Receivers of the National Football League, as he went to the Pro Bowl in the first seven seasons of his career, with a Second Team All-Pro nod in two of them.  In six of his seasons, Green went over the 1,000 Yard mark, with three of those years seeing double-digits in Touchdowns.

The Wide Receiver was in the top ten in Receiving Yards three times and Receiving Touchdowns four times, and an injury cost him another chance in 2019 to add that total, as he missed the entire season.  He returned in 2020, but wasn't the same, and Green was allowed to seek employment elsewhere, which he did when he signed with Arizona.

With the Bengals, Green had 65 Touchdowns and 9,430 Receiving Yards.